Polybutylene Plumbing: The Future That Was Not 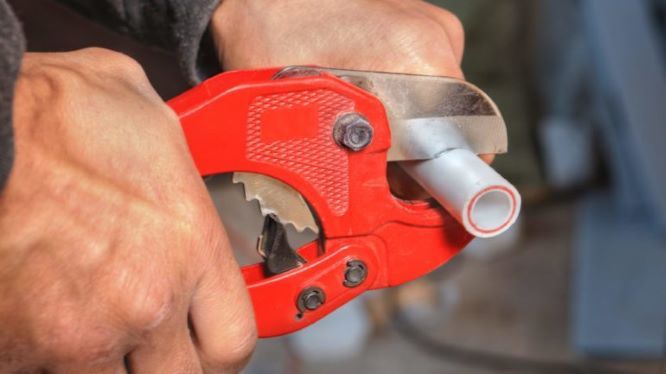 Homes built between 1978 and 1995 often have plumbing made of polybutylene, a leak-prone material that is no longer used in construction. What is polybutylene, what problems does it present, and what does replacing it entail?

How poly-b plumbing came to be

Polybutylene, or “poly-b,” pipes and fittings were hailed in 1978 as a terrific alternative to traditional copper plumbing. Copper is difficult to work with and can be expensive, but poly-b was lightweight, flexible and could be assembled with screw-together connectors instead of soldering. Poly-b plumbing systems saved home builders money, both on materials and in labor cost.

Years after poly-b was installed, it turned out that the piping degraded when exposed to the chlorine in treated water. As a result, the joints that connected sections of the poly-b pipe would crack or develop pinhole leaks. Pipe failure happened most often within 20 feet of a home’s water heater, where the combination of heat and chlorine spelled double trouble for poly-b.

Poly-b leaks that occur out in the open are easy to spot and stop quickly. But leaks inside walls or in concrete slabs can cause substantial damage before a homeowner realizes there’s a leak. Once these defects were discovered, class-action lawsuits were filed against poly-b manufacturers, and in the mid-1990s, U.S. and Canadian building codes began disallowing poly-b.

Homes built between 1978 and 1995 likely contain poly-b plumbing unless it has been replaced. If you’re considering the purchase of a home built during that era, check the house’s listing ad or simply ask whether it had poly-b plumbing and, if so, whether it has been replaced. A home inspection during the sales process may also reveal its presence.

Poly-b has two identifying characteristics. First, it generally is gray. Some poly-b is white, however, so the second way to spot it is by the coding stamped on the piping. Poly-b is coded with the letters “PB” followed by numbers.

Copper, which became very popular nearly a century ago, is still a viable plumbing material. Copper plumbing is more expensive than other alternatives, however, and acidic water can cause it to develop pinhole leaks. Cross-linked polyethylene, or PEX, is a lightweight, extremely flexible plastic plumbing that doesn’t have the deterioration issues of poly-b. Chlorinated Polyvinyl Chloride, or CPVC, is another plastic plumbing that is strong and easy to work with. CPVC is now widely used in construction.

How much does replacement cost?

Now that poly-b has been off the market for more than 20 years, it has steadily been replaced in homes nationwide. But if your house has poly-b, or you are considering buying a home with it, that may affect your ability to obtain homeowners’ insurance. Insurance agents usually ask about poly-b when they learn that a home was built during the relevant period. If the home has poly-b plumbing, the company may require you to replace it before agreeing to ensure your house,  or it may charge an unusually high premium for water damage coverage.

Not intended to solicit buyers or sellers currently under contract. The article was revised from HOUSEOPEDIA’s original article.