With little relief on the horizon, Calgary’s downtown office market is expected to struggle well into 2021 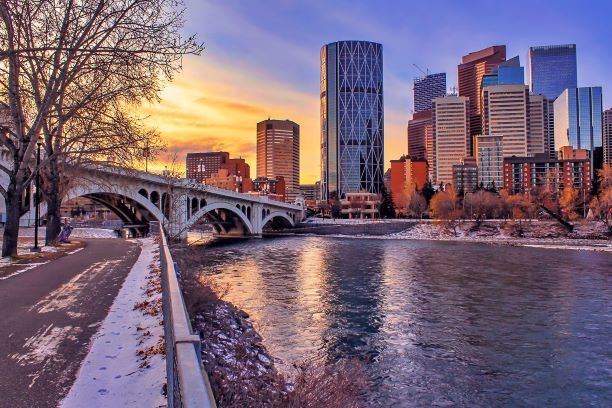 Calgary’s downtown office vacancy rate is going nowhere but up.

By the end of this year, that rate is projected to jump to 29.5 per cent, and it will climb even higher moving into 2021, says Greg Kwong, regional managing director with commercial real estate company CBRE.

The year-end number is an increase from the 28.7 per cent vacancy rate in the third quarter of 2020 and represents nearly 13 million square feet of office accommodation that is currently empty.

The future, Kwong says, continues to be clouded by low oil prices and the ongoing effects of COVID-19.

“Companies are delaying decisions on office space because they don’t know who is going to be working from where,” he said, adding that in a normal market, downtown office vacancy rates are around eight per cent, so “there’s a long way to go.”

Next year, Kwong says the merger between Cenovus Energy and Husky Energy will result in a lot of additional sublease space, which could push the vacancy rate past 30 per cent, especially when other mergers are expected.

CBRE’s assessment is echoed by Calgary Economic Development CEO Mary Moran, who says to fill the current vacant space there would have to be another 130,000 employees moved into downtown (at 100 to 110 square feet per person).

“IT UNDERSCORES WHY WE HAVE TO PURSUE OTHER OPPORTUNITIES. THERE IS NO ONE SILVER BULLET; IT’S A LONG, DECADE-OR-TWO PROJECT.” – MARY MORAN, CALGARY ECONOMIC DEVELOPMENT CEO

Even a minor rebound in the energy industry – whether it came from, green energy, pipelines or another sector – is not expected to be the mega job creator of past booms.

“It underscores why we have to pursue other opportunities,” said Moran, including agriculture, aerospace, logistics, life-sciences, finance, insurance and tech industries. “There is no one silver bullet; it’s a long, decade-or-two project.”

She does, however, point to one bright spot in the form of four “unicorn” deals (when a company reaches a $1-billion valuation) done in Calgary in the last 22 months. The latest was tech company Benevity, which recently announced a $1.1-billion deal with a U.K. investor.

People currently working downtown are utilizing 25 to 30 per cent of the core’s office capacity, says Kwong, with the rest working from home or no longer working. That figure could drop even further, given the latest round of pandemic restrictions.

This all raises the difficult question of whether, and when, people will be comfortable going back to offices.

At the beginning of the shutdown, many experts predicted corporations would give up or shrink their office space and continue to have staff work from home even after the pandemic was over. However, Kwong thinks CEOs are going to recognize employees working from home isn’t an efficient solution long-term – except, perhaps, for small parts of their businesses.

Post-pandemic, he expects any new full-time work-from-home contingent will only result in a reduction of less than 10 per cent when it comes to the office space needs of an average company.

Kwong’s prediction is supported by a recent employer survey conducted by real estate firm Colliers, which estimates work-from-home employee productivity dropped by more than 23 per cent in November. This was attributed to a variety of causes, including potential erosion of workplace culture and “Zoom fatigue.”

The survey also found 54 per cent of businesses across Canada expect 100 per cent of employees to return to the office once a vaccine is available.

However, Kwong anticipates Calgary’s downtown won’t return to normal levels of office occupancy until the end of 2021.

Not intended to solicit buyers or sellers currently under contract.